Home automation is all the rage these days. Smartphone resident apps can interface with controllers to adjust lighting, turn on or turn off electrical devices, and just about anything else electrical. The three most popular standards are Bluetooth, Wi-Fi, and ZigBee. The one thing that all three have in common is that they operate at about the same frequency — on or about 2.4 GHz. The similarities end there.

When it comes to controlling a smart home, one size definitely does not fit all. If you need to monitor and control your smart home from afar, Wi-Fi is the way to go. If many of your smart devices are battery-run and conserving power is paramount, you might be better served by ZigBee. For economy, it's hard to beat Bluetooth.

ZigBee is the most widely used standard for smart homes. Each device has its own built-in wireless capability, so they do not require a router as does Wi-Fi, but they do require a smart hub. Unlike the other two, ZigBee is often controlled by a specialized device rather than via smartphone. 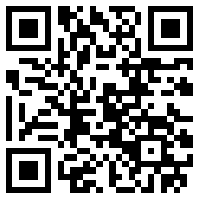